Two centuries ago, the Tohsaka House, in collaboration with the estates of Makiri and Einzbern, helped found the Fuyuki Holy Grail Wars. The land of Fuyuki City, which possessed the second greatest spiritual power in all Japan, was owned by Rin's ancestor, Nagato Tohsaka; at the behest of the Einzberns, he provided his property as battleground for present and future wars. Nagato was a kirishitan, as well as a pupil of Zelretch; these titles gave him considerable influence in both the Mage's Association and the Church, allowing the Tohsaka family to participate in the Holy Grail Wars, free from harassment by either organization.

Rin was brought up as the successor to her family's magecraft, and was instructed by her father to prioritize magecraft over her own interests. Ten years ago, Tokiomi Tohsaka was selected as a Master in the 4th Holy Grail War, and Rin was entrusted to take care of the Tohsaka estate until his return. Her mother, Aoi Tohsaka, was left in a debilitated state from the war, so her care was left to her guardian, Kirei Kotomine. After her father was killed, Rin continued to improve her sorcery with some guidance from Kirei Kotomine. To divert attention from her private life, Rin has diligently strived to earn the admiration of her peers, even though she is secretly stingy, tomboyish, and a slacker. The rights to the Tohsaka lands were inherited by Aoi after Tokiomi's death, and subsequently inherited by Rin after Aoi's death. Kirei managed them as Rin's guardian, and because of his foolhardy and coarse management, the majority of profitable properties ended up in the hands of others. It is possible that he believed the wealth was bad for her upbringing due to following the principles of humility and poverty. Although Rin resents the sacrifices she has endured for the sake of tradition, she is fiercely competitive and eager to prove herself as a skilled and capable magus. She was immensely disappointed at summoning Archer and ended up in a quarrel with him; however, the duo soon reconciled, set aside their differences and quickly got along.

Rin is a perceptive, serious, resourceful and very competitive person. Though she is widely admired at school as a prim and proper honor student, it is a front she puts up in order to prevent others from prying into her life. In private, she is notably loud, shrewd, stingy and bossy, but usually means well for those she cares about. She is known as a model student and idol of her school. Her manner of speech is often hostile and dismissive of other people, but deep down she has a caring, big-sisterly disposition. Her tendency of making trivial mistakes at the worst possible moment is a hereditary curse. Though she really is a lot nicer than she seems, she claims to always make her decisions based on cold, rational logic in the end. In her own words, it's "not a very cute personality". In fact, her choice in personal clothes is probably an overreaction to that. Despite claiming that she would do anything in order to win the Holy Grail War, no matter how underhanded, she has a deeply rooted sense of honor, seen refusing to dispose of Shirou despite numerous easy chances of doing so, simply because she owes him and deem disposing of him without clearing her debts to be cheap.

She spent just as much time quarrelling with Shirou as she did cooperating with him. She's a mischievous girl at heart, so she loves teasing serious people such as Shirou. However, Rin did want to kill him when she saw his Gradation Air in his shed, thinking that he lied to her. Although she claimed to be not interested in anyone, the Heaven's Feel scenario revealed that Rin has been attracted to Shirou after witnessing his stubborn attempts to finish a high jump that he had no chance of finishing when they were younger. Rin was very supportive of Shirou's relationship with Saber in the Fate route. In the Unlimited Blade Works, they became aware of their mutual crush and attraction which developed to love. In Heaven's Feel, Rin reveals her attraction to Shirou while giving advice for Sakura and their closeness makes Sakura jealous and resentful of Rin.

Rin was born capable of manipulating all five great Elements, a extremely rare trait for a magi. Her potential is such that she will eventually be considered as one of the top one hundred ranking magi throughout the entire history of the Mage's Association. Compared using simple numbers, someone with an abnormally high potential like Ciel is at one hundred, someone who is eternally at apprentice-level like Shirou is at ten, and Rin falls from seventy to one hundred.

As the successor to the Tohsaka family, Rin excels in Conversion of power, which includes storage of magical energy in objects, typically jewels for Jewel Magecraft. She uses them as disposable, limited-function Mystic Codes. Because the amount of energy a magus can release at one time is restricted by bodily limitations, Rin has been able to accumulate all of the magical energy generated by her body during her lifetime through jewel crystallization. As with practicing of sorcery, charging these jewels has become a daily process for her turning them into powerful bullets. However, in the end they are merely disposable items. Because their sorcery reduces expensive jewels to ash after a single use, the Tohsaka magi are fated to be chronically afflicted with a lack of funds. When Rin's stored power is needed, she can utilize the jewels for an instantaneous release of A-rank magic capable of countering a spell from Caster's magecraft from the Age of Gods or taking one of Berserker's lives by using five jewels. Their speed of release is great enough that it can match Caster's High-Speed Divine Words.

Her most common offensive spell is a Finnish technique known as Gandr, which concentrates magical energy into Rin's forefinger, resulting in a hazy black orb to be subsequently fired like a bullet. Originally intended to be a curse, Rin's variation on Gandr takes on an unusual, corporeal form. Additionally, Rin has bypassed any need for a verbal component to initiate this spell due to having inherited and infused Magic Crest of her family, and she can fire as many Gandr shots in an instant, even set up a barrier and rain them on an opponent if she so chooses. Since Rin's Gandr Shot was particularly violent, capable of punching through and disintegrating a large portion of a concrete wall with just a single shot, it could be considered on the level of Finn Shot. Or, Finn Gatling Gun.

Rin narrates the prologue of Fate/stay night, detailing her first three days involved in the 5th Holy Grail War. In her dialogues, she reveals to her Servant Archer that she is only participating in the war out of her own competitive desire to become the winner. She also expresses dissatisfaction with Archer, for she was attempting to summon a Saber-class Servant, though she quickly grows accustomed to him.

By the conclusion of the prologue, Rin would have used two Command Seals on Archer; the first is to force him into submission after he acts insubordinately to her after he is summoned. The second is to force him into ethereal form before he is killed by Saber, except for the Unlimited Blade Works path where Shirou uses a Command Spell to stop Saber's attack instead. In all scenarios, her position as narrator is replaced by Shirou. 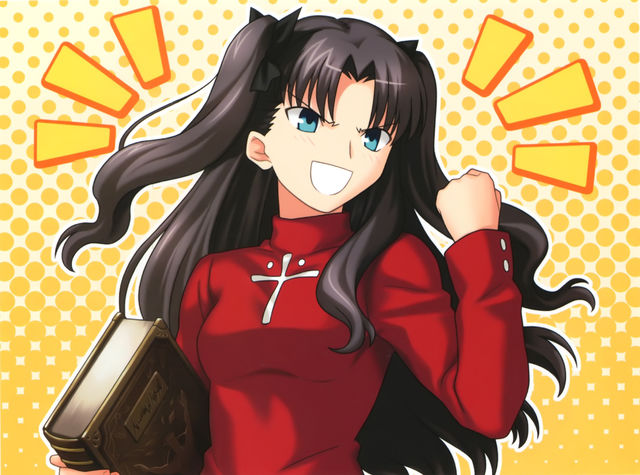 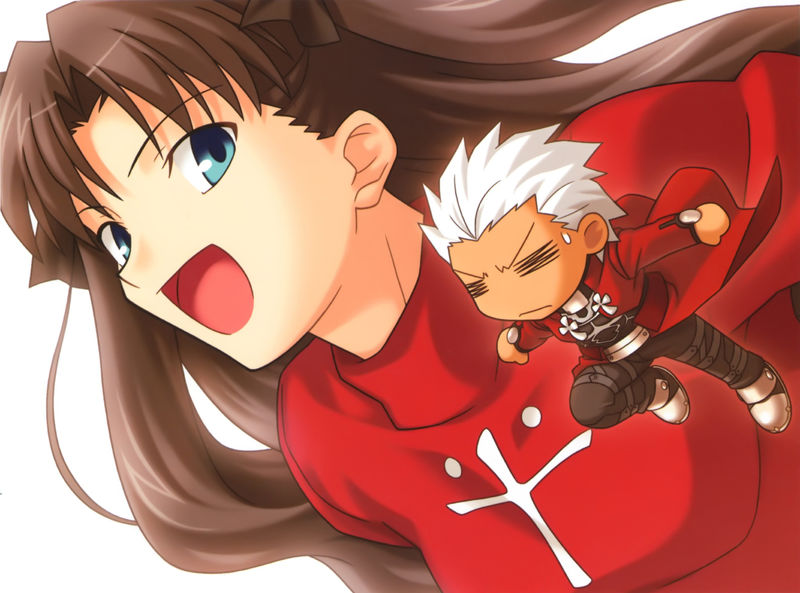 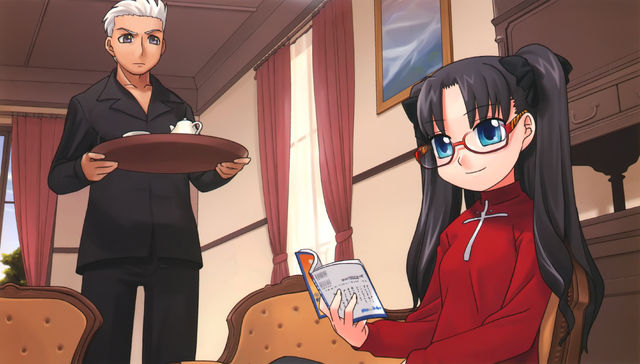 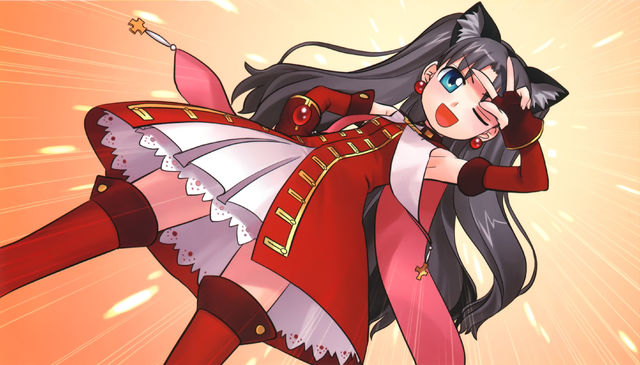 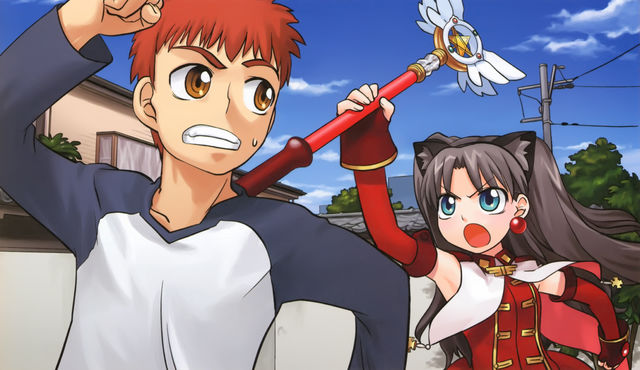 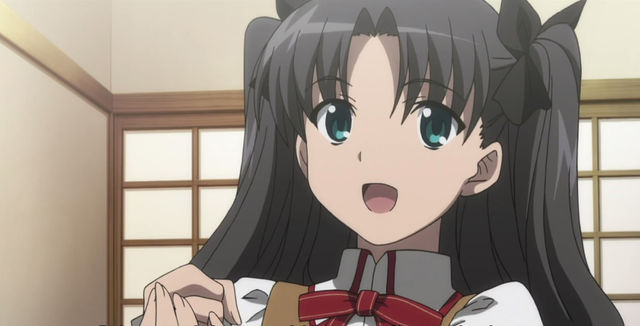 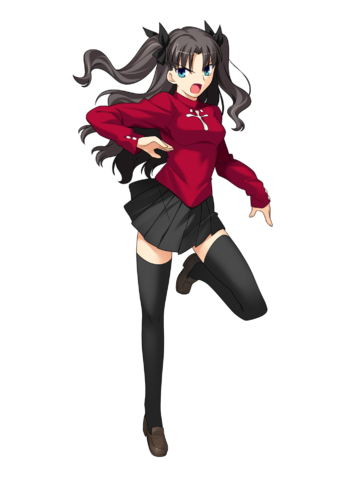 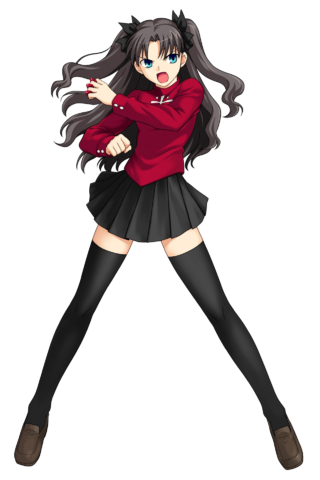 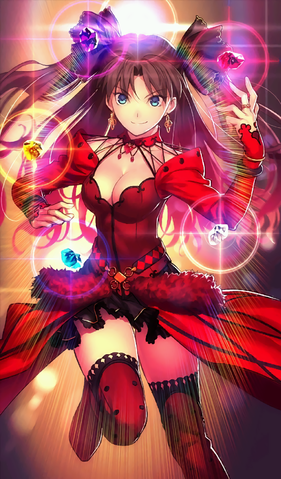